NEED A TUSCALOOSA LAWYER? SOCIAL SECURITY DISABILITY AND INJURIES and ILLNESSES THAT CAUSE DISABILITY

You Don’t Pay Unless We WIN Your Case!

If you feel you have been affected by any of the defective medical devices or dangerous drugs listed here or some other product not listed please fill out the contact form or call:  205-342-3622

Harmful Medical Device and Bad Drug Litigation Lawyer
If you feel you have been harmed by defective medical devices or bad drugs you will find I am diligent in the pursuit for justice and will fight for the maximum possible compensation for you. I have seen improperly tested or marketed medical devices compromise the health of my clients and their families. This is unacceptable. Medical manufacturing companies should be held responsible for the harm their products have caused. Dennis Harmon has the legal expertise and experience necessary to litigate against such matters.

Call me at my Tuscaloosa office 205-342-3622 or email me lawywerharmon@gmail.com

Surgical Mesh which has damaged you has payment for you

This is how to get you get paid for the harm from surgical mesh. I wish I had a way to make you feel better.

I can help withmoney but not a cure for the pain it has caused you.

I can help with money to help other issues created by having to deal with constant and intermittent pain.

I can help on putting a case together for payment now without having to wait for a case in the long term.

Money for lost wages and time because of the pain, surgeries and medicine is important. We can help with money on many cases.

No one should have to endure pain because of a large corporations admitted mistakes.

The companies that created the mesh put you thru a great deal of pain and long term hardship and harm and can be made to pay you.

The companies who caused harm to you have agreed to pay - this we already know. We will make sure you do get paid if they hurt you and make sure they pay the most in your case.

Call me at 205-342-3622 in the Tuscaloosa office or write lawyerharmon@gmail.com

We can start to work on it there. We will get to you in the office as soon as we can see you. Call now as there is no reason to have to suffer when there is help for you right here, right now.

We look at the problems you are having in your pelvis and stomach area - by looking at your surgeries that have failed to hang your body the right way. Interior muscles are giving up and failing by not holding up the inside part of the stomach is your problem. Hanging and drawing down on the muscles way too long is what's going on. The fancy word is prolapse but this is just a failing and dropping with the inside pushing out. The other failure here is a stress when your passing water is getting out of control. That fancy word is stress urinary incontenance. Same thing as what I mentioned about this above.

I think this will match cases paying now or may fill some more in the future. The problems on the stomach area and urinary leaking are not folks fault. Women have been having about 60,000 cases concerning this stuff and are going from just medicine and surgery with doctors. That means at least 60,000 cases where people can get paid. We're moving from doctors to lawyers to add on these cases.

The government has already decided to move the mesh cases on the stomach to reclassify as high risk medical devices when one uses them.

( I Hope they're right when that gets done.) But the history is often a body weakened when this is added to a body rather than making it stronger.

When your body is weaker with pain and weakness, these are often cases involving both the pelvis and the stomach. Call me on this because there are now thousands of cases to look at. If you match these, we can get you paid on the stomach and its problems quite often.

This is Dennis Harmon. Call with any questions about this. Feel free to call for answers from me before you hire me so I can come in an face money for you on this kind of problem. The number in Tuscaloosa in Alabama is 662-342-3622. Write me at lawyerharmon@gmail.com if you want to write. I'm ready to help you on the pain caused by your your health problems by using the laws to fight for you on your behalf. 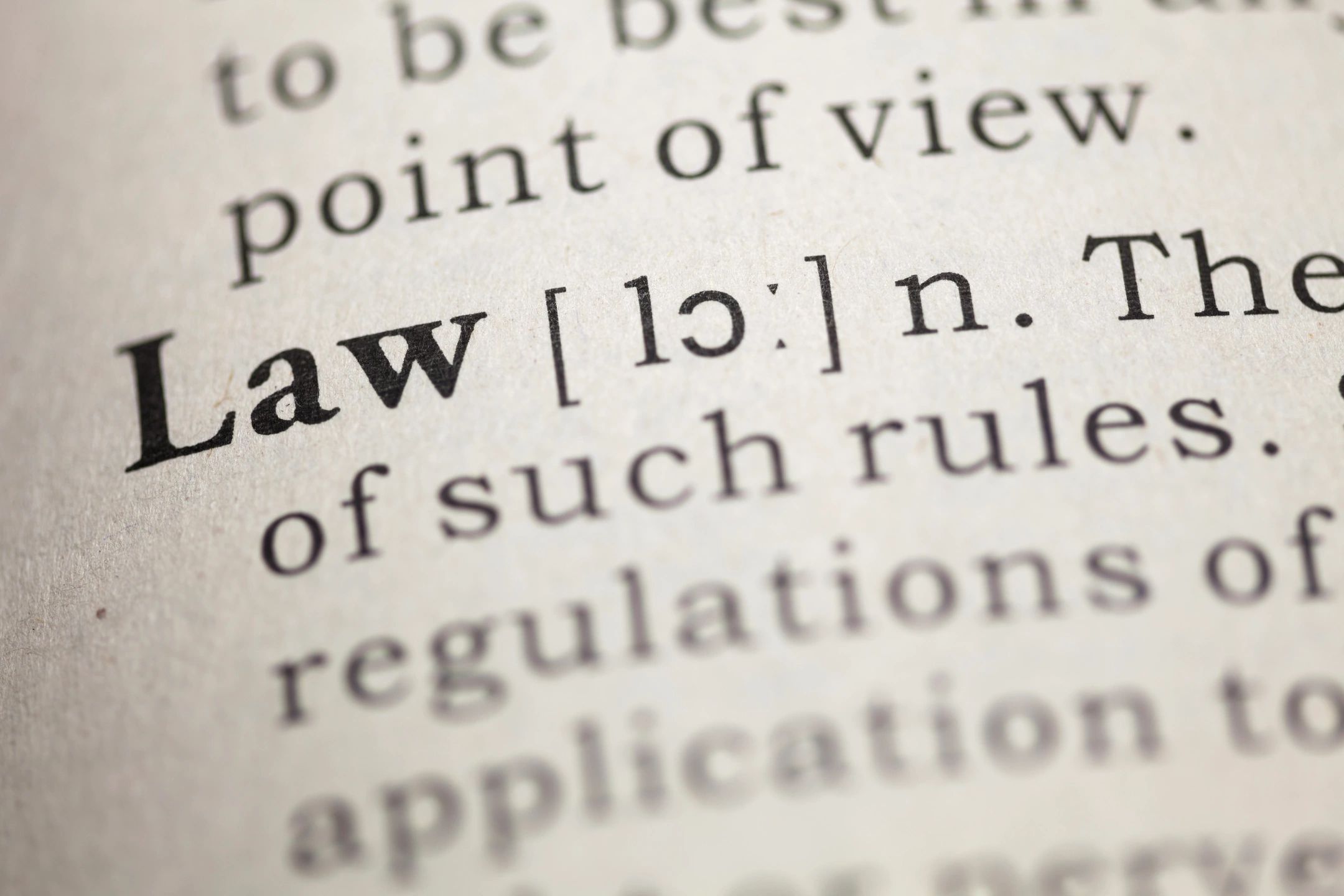 Problems with ATTUNE include loosening of the tibial component at the implant-cement interface within the first two years after implant. Patients often present with pain on weight bearing, swelling, and decreased range of motion. Researchers believe that these failures are likely underreported.

IVC filters, or inferior vena cava filters, are a type of vascular filter. It is a medical device inserted into the inferior vena cava, a vein that carries blood from the body’s lower extremities and into the heart, this is done to help prevent pulmonary embolism and other dangerous blood clotting-related problems.

The IVC filter works by stopping the blood clot and holding it in place while it dissolves naturally. Although there are several kinds of filters designed to be temporarily implanted, others are made to be permanently inserted for the life of the patient.

The FDA is addressing IVC Filter Problems: The U.S. Food and Drug Administration cautions patients about IVC filter problems. In 2010, this federal agency issued a safety communication that announced it had received 921 adverse event reports since 2005.

Additionally, the US FDA also stated that of these reported IVC filter problems, 328 reports received involved IVC filter migration, 146 was due to IVC filter components, 70 occurred because of the perforation of the major inferior vena cava vein, and last 56 reported incidents involving IVC filter fracture.

The FDA, further warns that IVC filter problems are more likely to be related to permanent or long-term use of the medical device. The federal agency cautions that the medical device is intended to be used only temporarily. Once the risk of pulmonary embolism occurring in a patient subsides, the filter should be removed as soon as possible.

To help decrease the risk of IVC filter problems, the FDA now recommends that physicians remove retrievable IVC filters as soon as the patient’s risk of blood clot-related injuries has passed.

In general, IVC filter lawsuits are filed individually by each plaintiff and are not class actions.

This is Dennis Harmon. Call with any questions about this. Feel free to call for answers from me before you hire me so we can discuss this kind of problem.  The number in Tuscaloosa in Alabama is 662-342-3622. Write me at lawyerharmon@gmail.com if  you want to write. I'm ready to help you on the pain caused by your your health problems by using the laws to fight for you on your behalf.

[ 5-16-2017 ] Based on new data from two large clinical trials, the U.S. Food and Drug Administration (FDA) has concluded that the type 2 diabetes medicine canagliflozin (Invokana, Invokamet, Invokamet XR) causes an increased risk of leg and foot amputations. We are requiring new warnings, including our most prominent Boxed Warning, to be added to the canagliflozin drug labels to describe this risk.

Invokana, approved by the FDA in March 2012, is classified as an SGLT2 inhibitor, which works by reducing blood sugar levels in Type 2 diabetes patients. The drug has been linked to a number of serious kidney problems, including ketoacidosis, a serious buildup of acids in the blood that can be life threatening if left untreated.

If you feel you have been affected by any of the defective medical devices or dangerous drugs listed here or some other product not listed please fill out the contact form or call: 205-342-3622

Taxotere – Taxotere (docetaxel) is a chemotherapy drug approved in the treatment of breast cancer, along with other forms of cancer. It is administered intravenously through a vein, and is a member of a family of drugs called taxanes. While hair loss during chemotherapy is expected, patients undergoing chemotherapy with Taxotere were not warned they could potentially experience permanent hair loss. Permanent hair loss is an extremely debilitating condition, especially for women.

DePuy ATTUNE Knee replacement –
Problems with ATTUNE include loosening of the tibial component at the implant-cement interface within the first two years after implant. Patients often present with pain on weight bearing, swelling, and decreased range of motion. Researchers believe that these failures are likely underreported.

Xarelto – Xarelto, a blood-thinning drug, has been linked to serious side effects including internal bleeding, gastrointestinal bleeding, brain bleed and death. Lawsuits filed against Johnson & Johnson subsidiary Janssen Pharmaceuticals and Bayer Corp. over Xarelto have been consolidated in Louisiana federal court.

To date, nearly 19,000 individual lawsuits have been filed in the Xarelto federal multi-district litigation against Bayer, Johnson & Johnson and Janssen Pharmaceuticals -- the manufacturers and sellers of Xarelto. Another 2,000 Xarelto cases are pending in the Philadelphia Court of Common Pleas as part of a Pennsylvania state court consolidated proceeding.
On December 5, 2017, a jury in the Philadelphia Court of Common Pleas returned a
unanimous verdict against the makers of Xarelto (Bayer and Johnson & Johnson and Janssen Pharmaceuticals) in the amount of $27.8 million dollars. The verdict for Plaintiff Lynn Hartman included $1.8 million in compensatory damages and $26 million dollars in punitive damages. At trial, in addition to proving that Xarelto caused her internal bleeding, Ms. Hartman presented evidence that Xarelto’s label failed to adequately warn about the risks of taking Xarelto with Aspirin, which Defendants knew to increase the risk of bleeding by 93 percent. There was also evidence that Xarelto’s label failed to inform doctors that Xarelto’s clinical trials showed a 50 percent increased risk of bleeding for patients taking Xarelto in the U.S. compared to patients in other countries.

Proton Pump Inhibitors (PPIs) – Introduced in the late 1980s, PPIs are used for the treatment of acid-related disorders of the upper gastrointestinal tract, including peptic ulcers and gastrointestinal reflux disorders. Long-term use of PPIs, including Prilosec, Prevacid and Nexium, may result in Acute Interstitial Nephritis (AIN), which is a condition where the spaces between the tubules of the kidney cells become inflamed. While individuals who suffer from AIN can recover, most will suffer from some level of permanent kidney function loss. In rare cases, individuals suffering from PPI-induced AIN will require kidney transplant.

Cone Cement – The type of bone cement used during knee replacement surgery affects the outcome of that surgery. Complications associated with knee replacements performed with high viscosity bone cement include loosening and debonding (where the implant fails to adhere to the cement interface on the shin or thigh bone), which requires revision surgery. Other reported problems include new onset chronic pain and instability.

Physiomesh – Physiomesh is a flexible polypropylene mesh designed to reinforce the abdominal wall, preventing future hernias from occurring. Studies of Physiomesh have shown not only that it is related to significantly more recurrent hernias and postoperative pain than similar devices, but it has been linked to an increased risk of additional surgeries, organ perforation, mesh migration, sepsis and even death.

Low-T – Testosterone replacement treatments (TRTs) are designed to boost levels of the male hormone in men with hypogonadism, a condition also known as "Low-T" in which men produce too little testosterone due to injury or disease. This has raised concerns in the medical community as testosterone therapy has been linked to a 30 percent increased risk of heart attacks, strokes or death after three years of use. Another study found that men had a significant increased risk of heart attack or stroke in the first three months of starting testosterone treatment.